Impact on a Global Scale

TB is the ninth leading cause of death worldwide and the leading cause from an infectious agent, ranking above HIV/AIDS. In 2016, there were an estimated 1.3 million TB deaths among HIV-negative people (down from 1.7 million in 2000) and an additional 374,000 deaths among HIV-positive people. An estimated 10.4 million people fell ill with TB in 2016: 90% were adults, 65% were male, 10% were people living with HIV (74% in Africa) and 56% were in five countries: India, Indonesia, China, the Philippines and Pakistan.

TB is on the rise in the UK due to immigration; the United States performs an estimated 15 million tests per year.​

Lung cancer is responsible for nearly one in five cancer deaths worldwide (1.3 million deaths, 19% of all cancer deaths, 2012) and is the leading cause of cancer death in men in 87 countries and in women in 26 countries. Because of its high fatality (the overall ratio of mortality to incidence is 0.87) and the relative lack of variability in survival in different world regions, the geographical patterns in mortality closely follow those in incidence, irrespective of level of resources in a given country.

"ACCORDING TO THE WHO, EARLY SCREENING AND DETECTION IS THE KEY TO INCREASED SURVIVAL RATE."​ 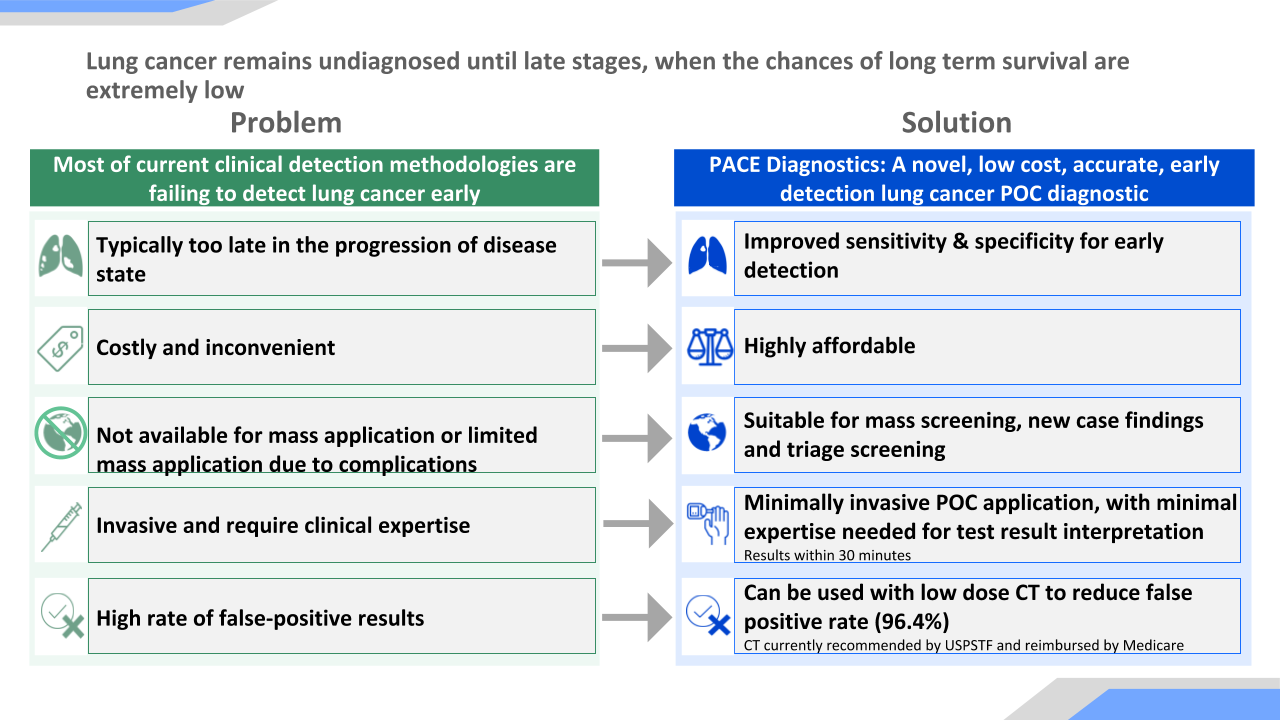 COVID-19 - the pandemics of the century, has resulted in almost 1 million deaths with ~30 million people infected worldwide by early September 2020. Despite the best containment efforts, the number of deaths and infected people continues to rise. 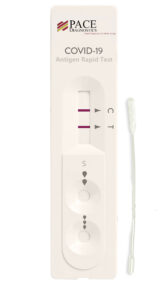 The best way to prevent infection and to slow the transmission is to know your own COVID-19 status. Anyone can be infected and many infected people are asymptomatic but can still infect other people. Masks and other Personal Protective Equipment/Gears are not sufficient if we don’t know we are infected.

The two best methods to detect COVID-19 infection are tests based on RT-PCR (Reverse Transcription Polymerase Chain Reaction) and Antigen Detection. Samples for detection could be saliva (throat swab), or extraction from nasal swab.

Antigen detection is much more rapid than RT-PCR-based tests, capable of providing results in 15 minutes. That is something we need in order to stop the spread of COVID-19. The need for sensitive point-of-care antigen rapid detection tests with naked eye visualization of results for COVID-19 is URGENT.

The Good News is PACE has recently developed such an Antigen Detection Rapid Test for COVID-19.